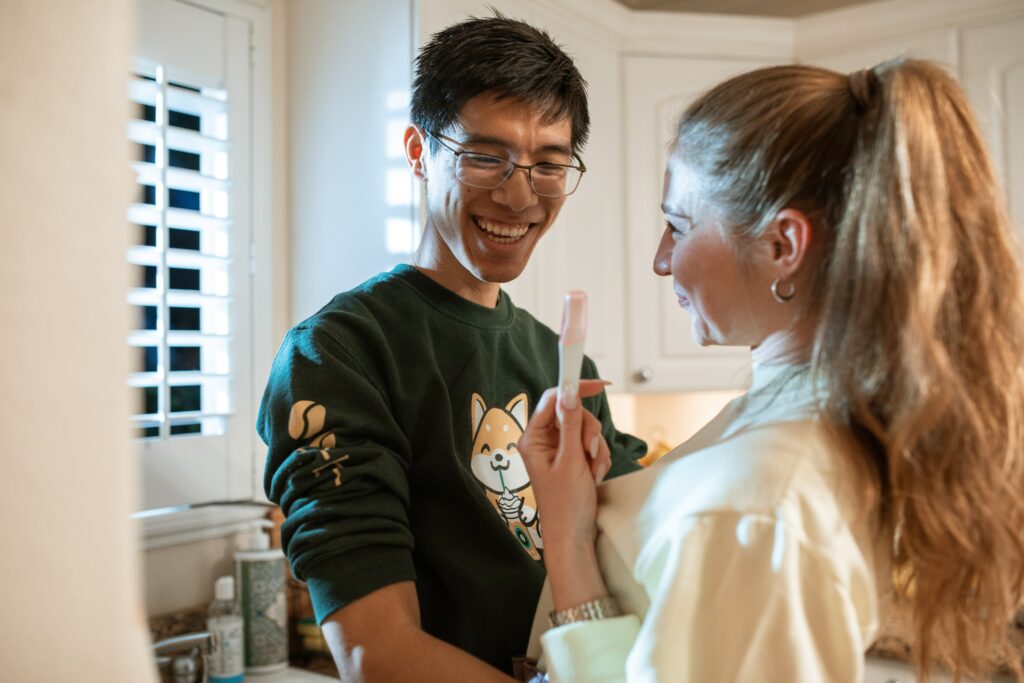 As a birth doula, many people will see you as an expert on all stages of pregnancy. While your primary role is birth preparation and labor support, it is important to be aware of many pregnancy topics. Many families trying to conceive, or wondering if they are pregnant, like to know about early signs of pregnancy.

While you are not a medical provider, being aware of these early signs can help you answer potential client’s questions. So, what are the early signs of pregnancy?

Aside from the most obvious, a positive pregnancy test, here are some early signs of pregnancy:

While many are aware of frequent trips to the bathroom as baby grows and applies pressure, not everyone is aware of early pregnancy. Frequent urination can occur in early pregnancy because the uterus begins to change and expand early in pregnancy. There are also hormonal shifts which can contribute.

Many find in the week leading up to and around their missed period, they’re suddenly running to the bathroom more often.

Unless one is actively tracking their bathroom habits, however, this is often noticed in hindsight following a positive test.

For many, morning sickness does not begin until around 6-8 weeks of pregnancy. At this point, many are aware they’re pregnant. However, some are unlucky and notice early nausea as soon as the fertilized egg implants. Sometimes even before a positive pregnancy test.

Nausea and vomiting are thought to be triggered by the rise in hcg, as well as the rise in estrogen and progesterone. These hormones can also trigger general gastric upset, bloating, constipation, and even acid reflux.

Cramping is often associated with PMS and menstruation. Many who are hoping to be pregnant get nervous when they begin to feel cramping. While cramping is a sign of an impending period, it can also be a sign of pregnancy.

Even though the embryo is quite tiny around the time of implantation, the hormones trigger the uterus to already begin expanding a bit. The expanding, the hormone changes, etc., can all lead to cramping.

Any cramping associated with bleeding, or severe cramping, after a positive pregnancy test should be reported to their provider. While it can be typical, it can also indicate complications such as an ectopic pregnancy.

A change in hormones can trigger a very heightened sense of smell for some. In fact, for many people this can be the first of the early signs of pregnancy they experience. Sometimes, no one else will be able to smell something but the pregnant person smells it very strongly.

For some, it’s slightly noticeable. For others, the heightened sense of smell can be enough to trigger nausea. If it is a subsequent pregnant, people may notice this as their first sign of pregnancy. For first time parents, however, it’s often only noticed in hindsight after taking a pregnancy test.

Like cramping, this is another symptom of PMS that is also a symptom of early pregnancy. For those who are actively trying to conceive, this is often something noticed. However, it is pretty impossible to determine whether it is pregnancy or PMS triggering the symptoms.

This is another of the early signs of pregnancy often noticed in hindsight following a positive pregnancy test.

Fatigue hits hard. Adequate sleep doesn’t resolve fatigue. The abrupt change in hormones tends to make many very tired in early pregnancy. For some, extreme fatigue is why they decide to take a pregnancy test. For others, they chalk it up to PMS.

As a doula, being aware of some early signs of pregnancy can help you answer questions. Ultimately, if someone asks you about early signs of pregnancy, share some information and recommend they follow up with a healthcare provider. Remind them of the importance of establishing prenatal care early and that if they think they are pregnant, the best thing to do is take a test.